To educate young people and make them world citizens

On 6 May 2022, the EHTL had the pleasure of welcoming Ms Simone Beck, President of the Luxembourg Commission for Cooperation with UNESCO in Luxembourg, for a conference addressed to the tourism classes and students of the Hospitality Management section. During her presentation, Ms Beck explained the history, values and challenges of this world organisation, which was created after the devastation of the Second World War and which advocates a culture of peace based on the intellectual and moral solidarity of humanity.

While all students spontaneously associate UNESCO with the World Heritage List, which includes exceptional cultural and natural properties worthy of preservation for future generations, they are generally less aware of the efforts undertaken in the field of education. Indeed, UNESCO also works to guarantee universal access to knowledge, to promote literacy, or to allow both girls and boys to learn.

The speaker also explained the United Nations AGENDA 2030 (2015), and the Sustainable Development Goals, which include education for global citizenship and gender equality. There is still much to be done in these areas, as the recent study on racism and ethno-racial discrimination in Luxembourg demonstrates. As a member of the UNESCO Associated Schools Network, the EHTL is also contributing to the building of the network through initiatives aimed at strengthening the humanistic, ethical, cultural and international dimensions of education.

As the ‘C’ in the acronym refers to culture, but also to communication, there was also mention of World Press Freedom Day (3 May), as well as the International Day to End Impunity for Crimes against Journalists (2 November).

After recalling the distinction between world heritage (cultural and natural), documentary heritage (memory of the world) and intangible heritage, as well as the different Luxembourgish heritages inscribed on the UNESCO list, Ms Beck explained a particularly interesting aspect: Luxembourg’s participation in three multinational applications to have practices such as maieutics, linked to the knowledge and skills of midwives (Hiewanskonscht), traditional irrigation (Fléitzen), and transhumance (Wanderschéiferei) recognised.

The EHTL would like to thank Ms Simone Beck for her commitment to young people and looks forward to welcoming her in the near future for a presentation exploring further the culinary heritage, a theme which will certainly arouse the interest of the students. 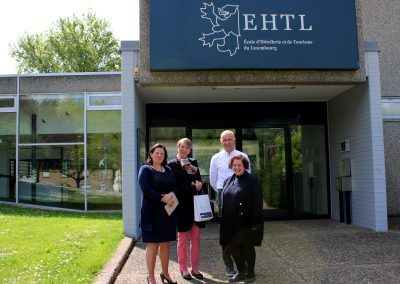 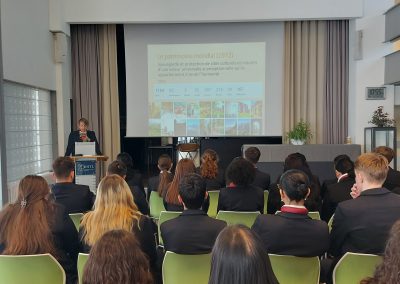 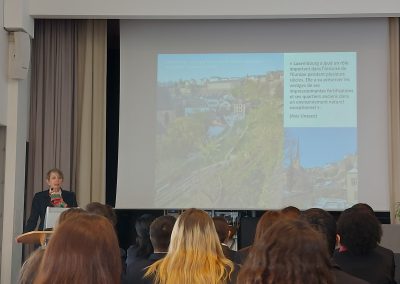