The testimony of Mr. Gerd KLESTADT, survivor of the Bergen-Belsen camp

On the occasion of the “Day of Holocaust Remembrance and Prevention of Crimes against Humanity”, commemorated every year on January 27th (date of the liberation of the Auschwitz-Birkenau camp), Mr. Gerd KLESTADT came to present his testimony as a survivor of the Bergen-Belsen camp to the EHTL school community.

Born on December 23, 1932, Gerd KLESTADT’s youth was marked by Nazi persecution, 25 months of suffering and atrocious treatment in various camps, including 14 months and 11 days in the Bergen-Belsen camp where his father died at his side. Under the title of “The duty of my memory”, Mr. KLESTADT not only recounts his experiences, but above all he asks the question if we have learned the lessons of this tragic episode in history. Far from feeling sorry for himself, he calls on the students to mobilize against all types of violence and discrimination… weaving a worrying link between his experience of the Second World War and the great migratory and ethnic conflicts of today.

Mr. KLESTADT was careful to warn young high school students about the dangers of intolerance, racial hatred and ignorance. He sensitised them and encouraged them to abolish clichés, stereotypes and violence towards others and thus contribute to better social cohesion.

At the end of his testimony, Gerd KLESTADT distributed a multicolored marble to all students and teachers, as he has already done for thousands of other people who have had the privilege of listening to his personal story. This round and multicolored marble represents for him the world with its cultural, ethnic and religious diversities that must be preserved in mutual respect. These marbles thus become the metaphor of “never again” and materialise the echoes of Mr. KLESTADT’s testimony for a better world.

Finally, as if to prove definitively the revenge on the past, Mr. KLESTADT showed a picture with his wife, children and grandchildren… which will make his memory resound far beyond the limits that time imposes on us. (A.H) 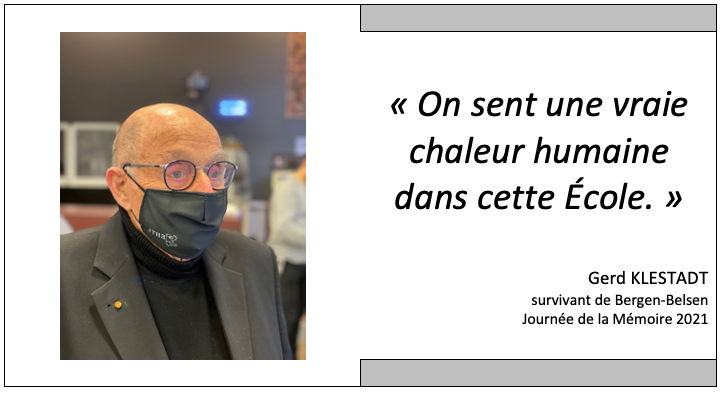 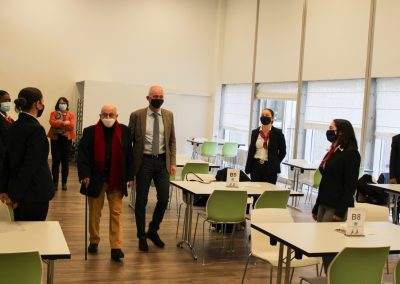 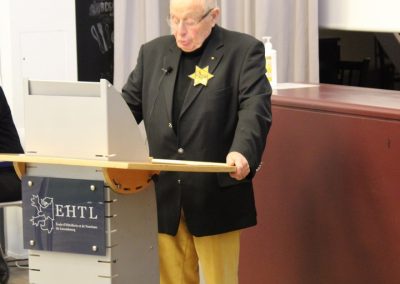 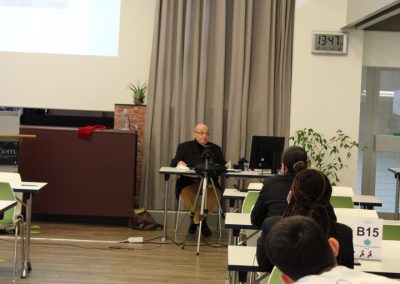 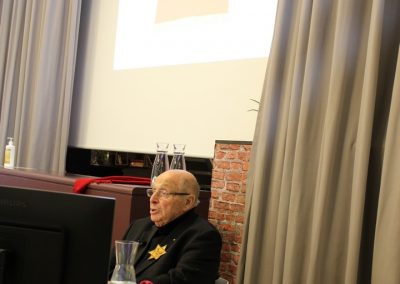 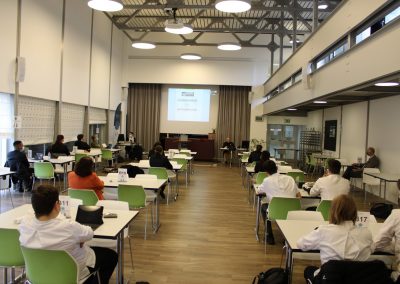 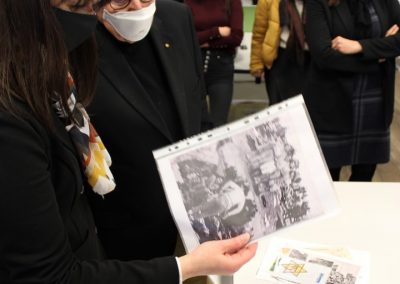 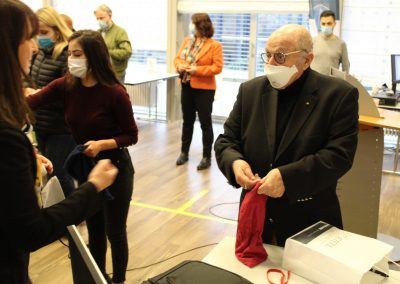 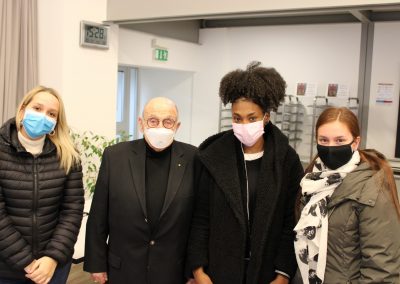 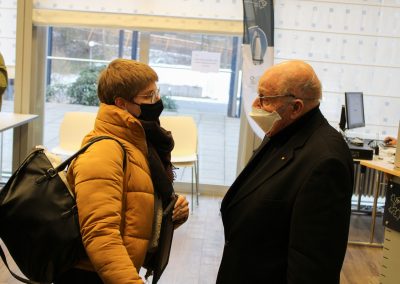 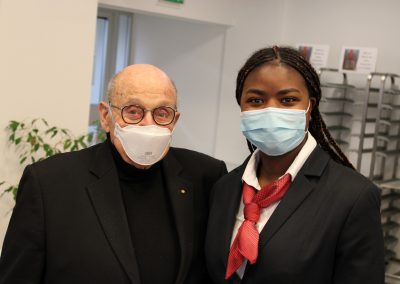 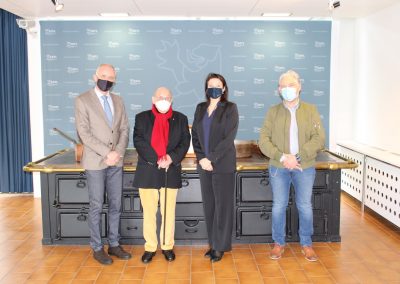