On 17 October 2019, EHTL had the honour of hosting a delegation from the NGO OGBL Solidarité Syndicale for a presentation of human rights in Bolivia and the’Trabajo Digno’ (Work with dignity) project. While civic education and life and society textbooks explain that human rights are regularly violated throughout the world and mention discrimination, torture or persecution of dissidents as examples, meeting people who can bear personal witness to this contributes to a much greater awareness among young citizens.

Thus, students from six EHTL classes were able to meet Julietta Montaño Salvatiera, who received the International Women of Courage Award in 2015. A Bolivian lawyer and social activist, she defends women’s rights in a patriarchal and macho society in which violence and rape within the family are commonplace. In 2018, 160 women died in Bolivia as a result of violence.

Maria Condori Sola Maria is engaged as a social worker in the’Trabajo Digno’ project. It accompanies vulnerable people in the search for decent work, and works on behalf of working children in Cochabamba (the third largest city in Bolivia) to enable them to have access to education. As a child she was one of those underprivileged children who, from the age of ten, worked as shoe shiners and cleaned cemeteries to earn a few coins, the equivalent of 3 euros a day.
The young people attending the conference were invited to become aware of the importance of their rights and to do everything possible to defend and preserve them. 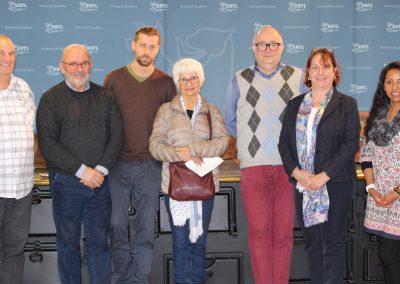 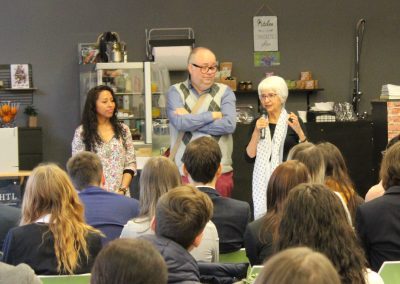