A gold medal for the EHTL

It is with immense pride that the EHTL has the honour of announcing the victory of its student Safihira Djaló, who won the gold medal with her Dutch partner Thyra Siemerink at the AEHT’s Front Office 2020 competition on Friday December 4th.

The European Association of Hotel and Tourism Schools (AEHT) is an NGO founded in 1988 with the aim of promoting the opening of hotel and tourism schools in Europe. Today it has almost 400 members in 40 countries.

In this way it facilitates communication and cooperation between the different schools in Europe, while at the same time involving all those involved in the education system, i.e. both students and their teachers and directors.

In addition to the annual meetings, seminars and congresses, it is also through the organisation of various international competitions that the AEHT achieves its objective of international collaboration. Teams are formed from students from different countries in order to foster cooperation and work at European level.

Due to the current sanitary conditions, the competitions this year were held at a distance and online. It was Safihira Djaló and Georges Albert, both students from class 1TPHO, who competed to defend the excellence of the EHTL.

Georges Albert, together with his Portuguese counterpart, competed in the Hospitality Management category. Based on various information on the financial performance and statistics of a hotel, our student had to draw up a proposal for a business plan for the hotel in question.

Safihira Djaló competed in the “Front office” category. This competition consisted of a reception situation. After researching the virtual destination of Reykjavik (Iceland) and a hotel that had been imposed for the event, and after attending a Master class on the subject of the Front Office, Safihira and her Dutch colleague had the task of making a check-in, welcoming the client and providing information about the establishment and the city, all from a distance. And they did it brilliantly, as she won the gold medal in her category. An honour for the EHTL and Luxembourg, as this is the very first prize won in the front office category to date.

We therefore warmly congratulate our two students who not only took up the challenge of a competition at European level, but also that of an online and remote competition, thus requiring a mastery of new media and the tools they allow. And all this with the help and benevolence of Claudine Thoma, a teacher at the EHTL, who supervised and coached our two students throughout the competition thanks to her motivation and unfailing commitment. 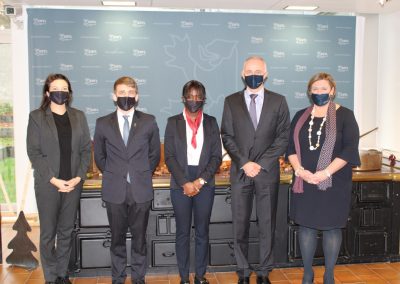 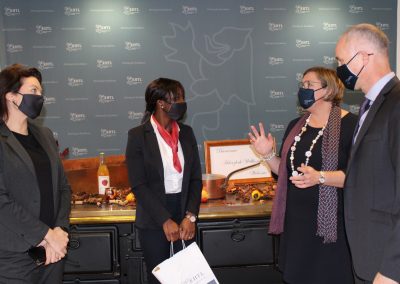 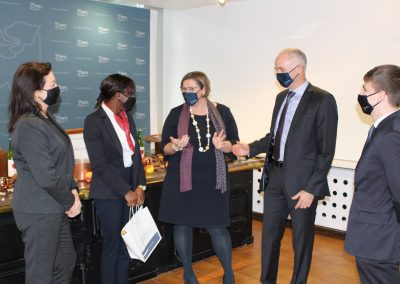